You haven't yet viewed any products on our store. If you've been here before, you may need to sign in.

You may know I have a soft spot for the church on the corner that I pass so frequently when out with Bruce. More specifically a fondness for the churchyard itself. 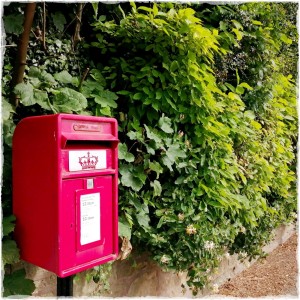 The churchyard appeals because it's quirky and absolutely unremarkable at the same time. Similar simple places of worship on ancient sites, enclosed by walls and mature trees are commonplace across the land. 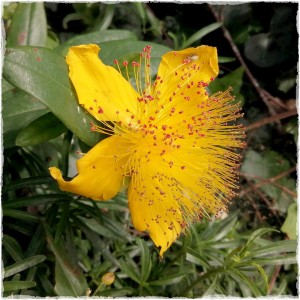 Swinton Kirk sits above a junction, with the grounds sloping down to retaining walls. Old and older headstones stand among long grass in which wild flowers have been allowed to bloom and naturalise. Council cuts or deliberate policy? I hope and believe it is the latter as the ecological benefits can only be good. In spring the grass is alive with primroses and then bluebells; now the clover holds its own against sedges, grasses and cow parsley. Wrens nest in the walls. 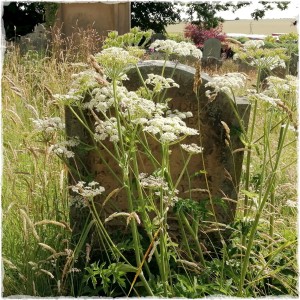 Some of the headstones are ornately carved but they are generally of similar local stone. I haven't studied them but spotted one for a weaver today. 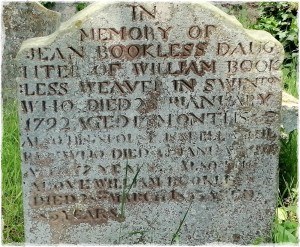 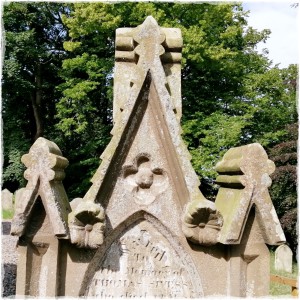 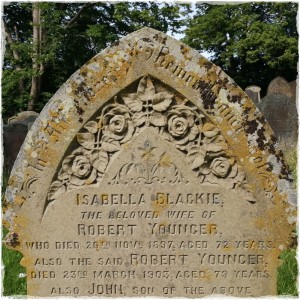 Inside I admired the west window, the central panel of which depicts the view of the Cheviot Hills from Swinton. 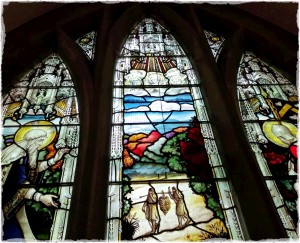 The original church on the site was founded more than 1300 years ago. It is full of visible links to the original Swinton family and their coat of arms. The name Swinton is generally understood to derive from Swine Town and the days when wild boars were roaming the area.

A simple belfry holds the 'Flodden Bell', so called as it was rung in 1513 to sound the death on Flodden Field of King James lV, and 'the hopes of a nation' (You can read more at flodden1513.com and learn about the wide ranging Flodden 1513 Ecomuseum of which this church forms part)

So concludes my lecture for today!

Old churchyards are wonderful places to visit. Here they are often the only places where old rose varieties survive.

I love your ‘lectures’, sorry I didn’t see this sooner.
I must visit Swinton Kirk soon

Fancy my regular newsletter in your mailbox? Just sign up here for news, early bird offers and other subscriber bonuses.